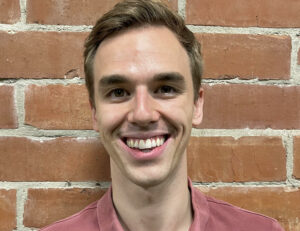 Jackson is originally from Pittsburgh, PA, but grew up in Kennesaw, GA. He received a BS in Exercise and Sports Science from the University of Georgia. He received his Doctorate of Physical Therapy at Georgia Southern University. Jackson has been active in performing arts and various sports throughout his life, most notably joining The University of Georgia’s rowing team where he competed in a variety of eight-man and four-man boating events.

Jackson’s primary physical therapy interests include treatment of sports and performing arts injuries as he has experience in treating division one baseball players and dancers. In his free time, Jackson enjoys playing disc golf, brewing kombucha, and running.